Taormina stands 200 meters above sea level and looks down onto the Ionian Sea like a terrace, the prettiest you have ever seen.

Over the centuries, this place has fascinated poets, writers and painters who decided to put down roots here, maybe so they could purify themselves by being in contact with such beauty and Nature or attracted by the unique, refreshing climate that makes it seem like it is always springtime.

An emotion that takes your breath away is what comes to everyone when they see the Greek-Roman Theater, this unbelievable work by mankind that stands on the mountain and from where you can see the deep blue sea and the Mount Etna.

The village of Savoca, called the village of the seven faces, is located on a hill and it stands 300 meters above sea level, from which you can see a breathtaking view of sea from one side and typical Sicilian country side view from the other side.

It was founded in twelfth century by the Norman, and on its top you can still see the remains of a Moorish castle dating the ninth century.

The village of Forza D’Agrò is located at 420mt. height from the sea level. From here you can see the coast from Messina to Syracuse, you can see Taormina and Giardini Naxos bays and the imposing Mount Etna.

The most important monuments are: the mother church (XVI century), the Augustinian convent, the church of the holy trinity and the ruins of the Norman castle (XIV century).It is interesting and fascinating walk through the old and narrow streets. In 1971,the historic centers of Forza D’Agrò and Savoca were chosen by Francis ford Coppola for filming many scenes of the “God father” movie.

The Aranciara Gorges are located in the beautiful Val Da Agrò. They are part of the municipality of Antillo and they are close to Limina village.

They were formed, over the centuries, following the erosion of rocks caused by the river d’Agro. Their shapes are similar to the nearby Alcantara Gorges.

In the past, behind the gorges, several water mills stood but today you can see just ruins. On summer, you can meet young boys of the area to swim in the clear waters of the gorge.

The highest volcano in Europe 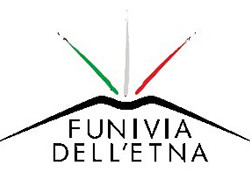 If you come to Sicily you have to visit the Volcano Etna. He is 3,300 meters high and it is the higher Volcano of Europe. It is one of the most active one of the world.

It is possible to reach it easily going from the South- East side (Rifugio Sapienza). Here you will find a parking and you can take a funicular that goes up to 2,500 meters. From here tourists can continue going by special jeeps up to 3,000 meters. From here, you admire this special lunar landscape without vegetation.

The North side (Piana Provenzana) is easily to reach too and it offers a landscape rich in vegetation and old trees. From here it is possible to organize guided excursion by jeeps too.

The Alcantara Gorges are located in the Alcantara Valley. You can reach them going from Giardini Naxos and Francavilla di Sicilia.

Geological and geothermal high intensity events determined the structure of the current basalts.

The gorges are 25 meters high and in the narrowest part they reach up to 2 meters large. It ‘the only fluvial park of Sicily.

This church lay near the river D’Agrò and it located in countryside full of lemons and far from urban areas. It is one km far from the village of Casalvecchio Siculo and it is easy to reach it by car or by walk.

This church contains three different styles(Byzantine, Arab and Norman) and it has got the same characteristics of the churches in Monreale and Cefalù.

The eolia islands are an archipelago consisting of seven islands, all of volcanic origin, are located in the southern sea,in front of the north of Sicily.

In this corner of paradise, the crystal sea and the characteristic small bays with beachose of black send are surrounded by by unspoilt natured beaty. The laegest island is Lipari with its 12000 inhabitants.

The other island are: Panarea,Salina,Stromboli,Vulcano,Alicudi and Filicudi. You can easily reach the Island by Milazzo port by boat or by hydrofoil.

Catania is a wonderful combination of ancient and modern. Her history and character is inextricably linked to the formidable form of Mount Etna, who looms over the city like a maternal menace.

At the foot of this great volcano, facing the Ionian Sea lies Catania, a Sicilian monument to survival and resilience, defying the ravages of time and nature. Etna has an interesting character, and despite its imposing appearance and destructive potential, is known to many as the “good volcano”.Catania, despite having been rebuilt seven times due to earthquakes and volcanic damage, is rich in folklore, history and beauty. If Etna has been the cause of Catania’s destruction, it has also been a vital source of the construction of the city, as much of the black volcanic rock which characterises Catania’s beautiful Baroque architecture was spewed from the heart of Etna.

The way in which these past eruptions have formed the land, gives rise to the origins of  the city’s name. The historianPlutarch suggested that it came from the word Katane meaning “grated”, referring to the uneven surface of the land surrounding Etna, upon which Catania stands.